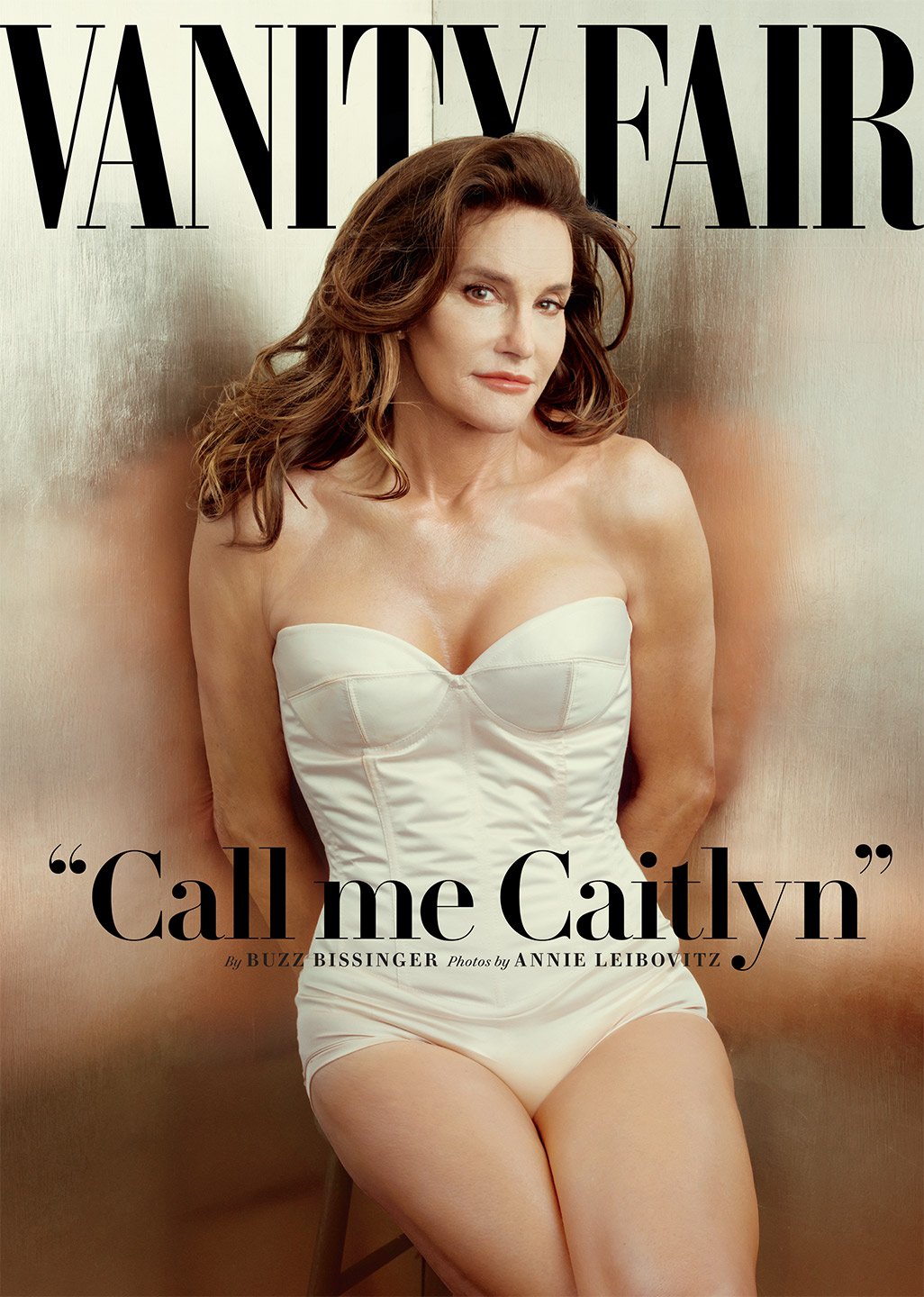 Many observers see meaning in the fact that Jenner is spelling her name with a C instead of a K. That choice immediately sets her apart from the other famous women in her family: ex-wife Kris and stepdaughters Kourtney, Kim and Khloe Kardashian, and Jenner's own daughters Kendall and Kylie.

"The name Caitlyn is very telling," Los Angeles-based image consultant Laurie Graham said. She notes that as an Irish name believed to mean "pure," it's "another way of (Jenner) saying 'I am being pure and authentic to who I really am.'

"And the name spelled with a 'C' instead of a 'K' is the most interesting part," Graham said, calling it "such an obvious separation from ... the Kardashian clan of women (and) exhibiting a conscious effort to become authentic in her own right."

Notably, although Caitlyn is a youthful name, it's also a generation out of date. The popularity of the name and its variations (Caitlin, Kaitlyn, etc.) peaked in 2000 and has been declining since.
Her style
For her Vanity Fair shoot, Jenner and her wardrobe consultants tried many outfits over a three-hour fitting and ultimately chose an ivory-hued corset for the magazine cover. Style experts have praised this classic, stripped-down look for its simplicity and openness: a woman baring her soul, maybe for the first time.

"You can see a lot of the Old Hollywood classic look in her new image," Graham said. "It is very old school, pinup-inspired and much more of a '50s/'60s look than the modern-day, Kardashian over-the-top edgy style.

"This actually makes a lot of sense for Caitlyn, because at 65 years old, she was born in 1949, when this style was at its peak."

Other photos from the Vanity Fair spread show Jenner looking glamorous in a glittering gold dress and a black off-the-shoulder gown. She wears earrings, heels and red lipstick, and her wavy brown hair tumbles softly down her back.

"Both her hairstyle and wardrobe choice reflect her personal style, which is elegant, glamorous and timeless", said Naz Meknat, a Los Angeles fashion stylist. "Her taste in wardrobe so far is impeccable, tasteful, classy and ladylike. The dresses she wore in Vanity Fair's spread shows how comfortable she already is with her femininity."

In a video posted on Vanity Fair's site, Jenner says her new presentation is "extremely important" to her.

"I was always worried, (because) you never want it to look like a guy in a dress," she said. "If you're going to ... come out, you really have to look the part. You have to look very feminine."